De sometimes has a hot chocolate before bedtime. She says it makes her sleepy. I’m not allowed chocolate but I like the smell.

The tall person told me that the Maya of Central America believed that cocoa was the drink of the gods. Wow! They must have slept a lot!

Goodnight world. The smell of De’s hot chocolate has made me feel very sleepy.

Even though the tall person was still tired after his long journey he insisted that we have a play fight in the toy room. What a guy! I accepted his challenge and we played bear versus wolf. He was the bear and I was the wolf. Despite his lack of claws and big teeth he performed quite well but between you and me I was quite gentle with him!

De said it was a draw!

I had to change out of the Lion King costume. It was so hot and De kept calling me Simba!

I found this fantastic Lion King costume in the toy room and it fits perfectly!

I was in the middle of very sensitive truce negotiations with Mr. ‘Crazy’ Parrot when De sneezed very loudly. It scared the life out of me and Mr. ‘Crazy’ Parrot nearly fell off his perch. Because of this, he has informed me that he will have to ‘re-schedule’ because he feels ‘dizzy’. I am not sure I believe him as I definitely had the upper hand (paw) but I will give him the benefit of the doubt.

Of course I’m disappointed but I must remain professional. There is a lot at stake. This conflict with Mr. ‘Crazy’ Parrot must end, especially if I am to remain on the toy room balcony and in the running for a Nobel Peace Prize. I’ll have to ask the tall person if Henry Kissinger experienced this type of disruption when he was conducting delicate diplomacy.

I have notified De that unless she can give an undertaking that she can control her bodily functions I will have to bar spectators from the proceedings.

P.S. Bless you De! (I was so surprised I forgot to say it when she sneezed). 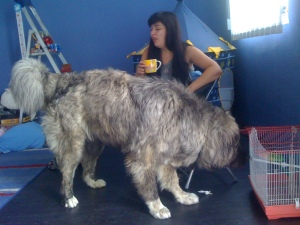 Actually, I didn’t go anywhere but the tall person went to London for a week. He came back last night and we have spent the morning catching up. To be honest I was so eager to tell him about my adventures that I woke him up at 2.45 a.m. I remember the time because he mentioned it several times in quite a loud voice. I was ready to chat for hours but for some strange reason he was not as keen as me to swap stories and told me to ‘go back to sleep!’

Anyway, we arranged a morning appointment for a de-briefing but I got confused and woke him again at 5.30 a.m. I tried to explain that the clock in the kitchen is broken and anyway I can’t tell the time. He didn’t seem convinced but I did see him put a new battery in the clock after breakfast. Anyway, he mentioned something called jet lag and the fact that he had just flown 2,500 miles. I have no idea how far that is but I think he was making too much fuss because London is probably somewhere on the other side of Tbilisi.

He was more like his normal self after a shower and I took the opportunity to help him un-pack his travel bag. When he wasn’t looking I managed to get my whole head inside! I was having a great time but when he noticed what I was doing I was unceremoniously yanked out by the collar. He then accused me of covering everything in drool! I maintained that it was rain because I had heard that it always rains in London and he should get a new travel bag because this one leaks.

Anyway, I am back and the tall person is back and my blog is back! 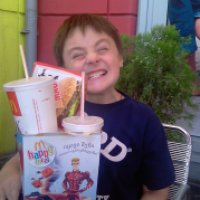 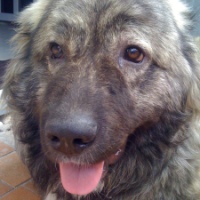